Abaton
Born in 2009, Abaton plays a mixture of obscure and gloomy doom and sludge, with powerful harcore openings. They aim to create dark and meditative atmospheres to scratch the most introspective and oniric side of every individual. 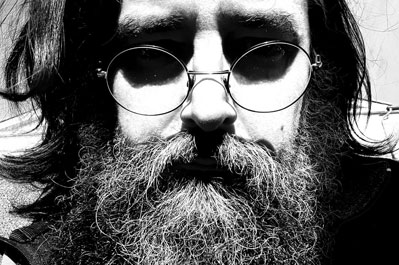 Paul Beauchamp
Paul Beauchamp is one of those guys exploring the thin edge between heavy and ethereal sounds, using instruments like saws, synthesizers, electric bass. He certainly agrees on Brian Eno’s take about using the studio as a music instrument.

Cani Sciorri
Born in 2003 in a land famous for great food and awesome wines, Cani Sciorri are constantly bending genre bonduaries, playing something inbetween hardcore, noise and good old rawk’n’roll. Their songs talk about licking toilets, being drunk and teenage sex – irony is not a dead scene for sure! Chambers
Risen from the ashes of powerviolence act Violent Breakfast, Chambers is one of those bands for which the term “emocore” is not misused. Gerda
Taking their name from Pulp Fiction, Gerda is uncompromisingly exploring the territory between noise (I mean, pure noise) and caothic hardcore. Definitely not a band for everyone, but a great band indeed. 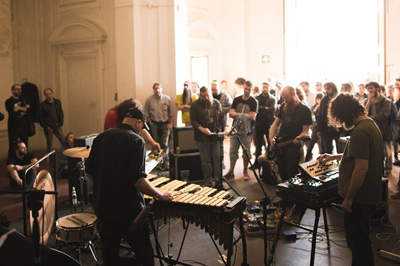 Last Minute To Jaffna
Branding their own take to heavy and atmospheric music, LMTJ is a band capable of building huge walls of sounds fading in ethereal soundscapes, with a feeling for odd time signatures. They’ve also discovered how to be heavy with acoustic guitars too, so nevermind the setting, they’ll be mindblowing anyway. LVTN
One of Italy’s best kept secrets. Three young people playing the most dark and desperate kind of hardcore punk you can imagine. Young blood in the glorious tradition of Roman hardcore. Marmore
After relentlessly wandering around the globe (and recording their first ep at the renowned Livingstone Studio in London!) these three longtime friends finally settled down in their hometown and started this instrumental band, blurring the thin line between math and post rock. Nudist
If you carefully mix tight drums, Unsane-sque chunky bass and metallic guitar riffs you get Nudist. With one foot in mathy noise-rock and the other one in atmospheric metal, Nudist is a band constantly able to evolve its sound – a sound to lose yourself into. Storm{O}
When Storm{O} began they were teenagers and shocked everyone with their playing skills. Some years have passed since then and – as good wine does – they grew up better and better. Caothic harcore with really emotional lyrics, sang in Italian. Tutti I Colori Del Buio
Taking its name from the 1972 Sergio Martino’s masterpiece, TICDB is a punk band playing an intriguing mixture of 80s hardcore, crust and dark r’n’r, with irony infused lyrics. Viscera///
They are one of the most against the grain and experimental reality in the whole “post” scene. Their style gathers the experiences of psych moods, post HC, 70’s space rock, drone and ambient, just to create an intimate and extremely personal view of heavy music. Zeit
Hailing from Venice, Zeit is playing caothic yet very metallic blend of hardcore punk. In a few years they established themselves as one of the most solid live acts around.